These waffles are both the product of my discovery that Costo sells Libby’s pumpkin puree ridiculously cheap in the “off-season” AND my current obsession with all things made with almond flour. I started buying Trader Joe’s and then making my own with almonds procured at, again, Costco. Waffles made with almond flour are both flavorful and hearty – I swear I stay full until dinner time after eating one of these. 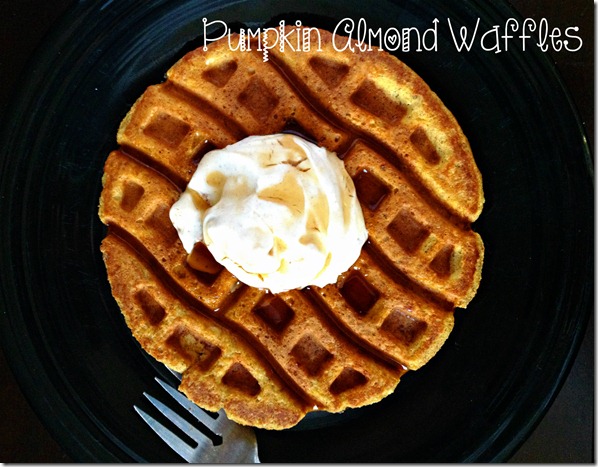 makes ~ 6 waffles (depending on your waffle maker)

2 c almond flour (I use homemade so it is coarse)

Preheat waffle maker. Mix together dry ingredients then add in wet. Once mixed, pour mix onto waffle maker (according to the manufacturer’s directions of your waffle maker – ours has a pre-measured cup that comes with it). I prefer my waffles on the “crispier” side so I put them on the highest setting.

Note: The number of eggs are important in this recipe. I initially tried with less and the waffles fell apart when I removed them from the waffle maker. Four worked perfectly. I don’t suggest subbing any alternative eggs in this recipe (flax or chia) as the almond flour needs the egg for binding. If you do, let me know how it works!

Additional note: We topped our waffles with “cinnamon cream” made with 1/2 cup non-fat Greek yogurt, 1 tsp honey and cinnamon & nutmeg to taste. It was delicious!

Send me an e-mail lemongroveavenueboston@gmail.com

Find what you're looking for!